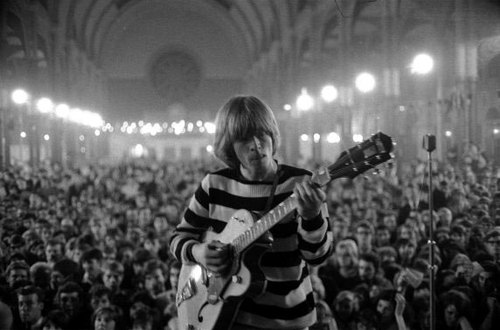 At around midnight on the night of 2–3 July 1969, Jones was discovered motionless at the bottom of his swimming pool at Cotchford Farm.

His Swedish girlfriend, Anna Wohlin, was convinced Jones was alive when he was taken out of the pool, insisting he still had a pulse. However, by the time the doctors arrived, it was too late, and he was pronounced dead. The coroner’s report stated “death by misadventure”, and noted his liver and heart were heavily enlarged by drug and alcohol abuse. 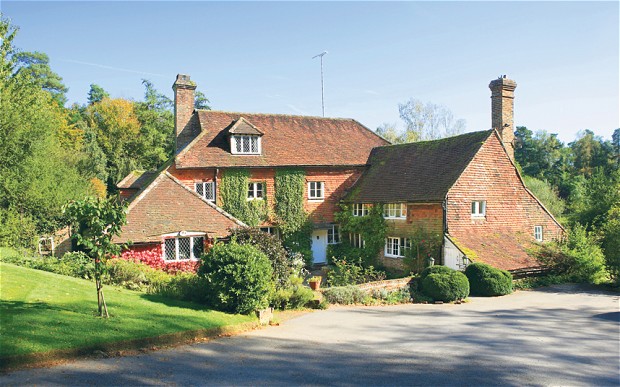 Many items, such as instruments and expensive furniture, were reportedly stolen from the home after Jones’s death. Rumours also exist that recordings by Jones for his future projects were stolen but nothing has surfaced to date. A watch given by Alexis Korner to Jones, with a personal inscription, surfaced in an auction at Christie’s in New York 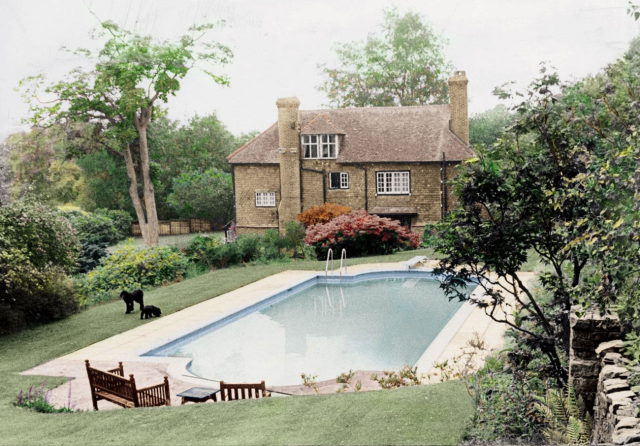 Conspiracy theories surrounding Jones’s death developed soon afterwards, with associates of the Stones claiming to have information that he was murdered.According to rock biographer Philip Norman, “the murder theory would bubble back to the surface every five years or so”. In 1993, it was reported that Jones was murdered by Frank Thorogood, who was the last person to see Jones alive. Thorogood allegedly confessed to the murder to the Rolling Stones’ driver, Tom Keylock, who later denied this.[46] The Thorogood theory was dramatised in the 2005 movie Stoned. In August 2009, Sussex Police decided to review Jones’s death for the first time since 1969, after new evidence was handed to them by Scott Jones, an investigative journalist in the UK. Scott Jones had traced many of the people who were at Brian Jones’s house the night he died, plus unseen police files held at the National Archives. In the Mail on Sunday in November 2008, Scott Jones said Frank Thorogood killed Brian Jones in a fight and the senior police officers covered up the true cause of death. Following the review the Sussex police stated that they would not be reopening the case. They asserted that “this has been thoroughly reviewed by Sussex Police’s Crime Policy and Review Branch but there is no new evidence to suggest that the coroner’s original verdict of ‘death by misadventure’ was incorrect. As such, the case will not be reopened. [wiki]