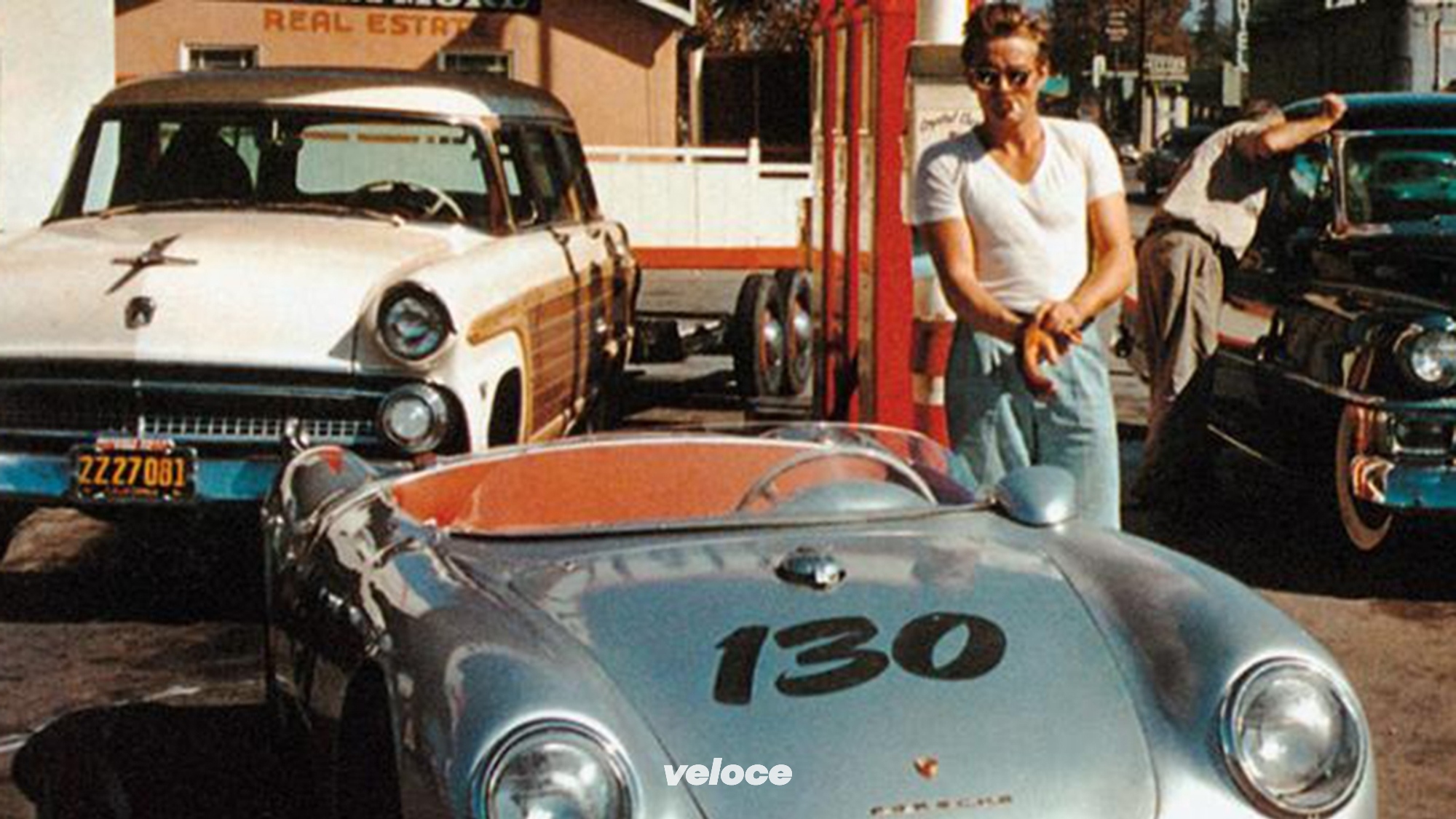 Dean accelerated in the Porsche and left the Ford station wagon far behind. Further along on Route 466, the Porsche crested Polonio Pass and headed down the long Antelope Grade, passing cars along the way toward the junction floor at Route 466 and 41. At approximately 5:45 p.m. PST, Dean spotted a black-and-white 1950 Ford Tudor coupe, driving at a high speed, heading east on Rt. 466 just west of the junction near Shandon. Its driver, 23-year-old Cal Poly student Donald Turnupseed, made a left turn onto Route 41 headed north, toward Fresno. As Turnupseed’s Ford crossed over the center line, Dean, who was driving at a reported speed of 85 Miles per hour, saw an impending crash and apparently tried to steer the Spyder in a “side stepping” racing maneuver, but there was not enough time or space, and the two cars crashed almost head-on. The Spyder flipped up into the air and landed back on its wheels off in a gully, northwest of the junction. The sheer velocity of the impact sent the much-heavier Ford broad-sliding 39 feet down Route 466 in the westbound lane. 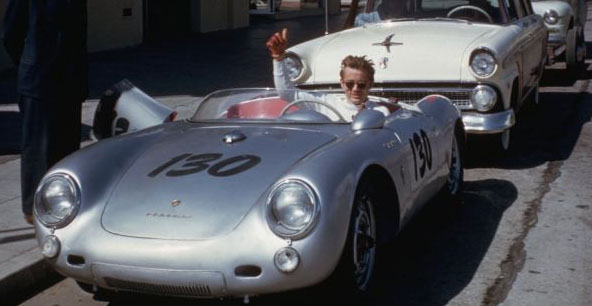 Wütherich survived with a broken jaw and serious hip and femur injuries that required immediate surgery. Turnupseed was only slightly injured with facial bruises and a bloodied nose. After being interviewed by the CHP, Turnupseed hitch-hiked in the dark to his home in Tulare. Hickman and Roth arrived at the accident scene approximately ten minutes after the crash. Hickman assisted in extricating Dean from the wreckage. Roth took photographs of the accident scene, which are now owned by Seita Ohnishi, a retired Kobe, Japan businessman. Ohnishi, in 1977, designed and erected a stainless steel memorial in tribute to James Dean at Cholame, just a mile west of the accident site.

Turnupseed granted just one interview to the Tulare Advance-Register newspaper immediately following the crash, but after that he refused to speak publicly about the accident. Turnupseed went on to own and operate a very successful family electrical contracting business in Tulare. He died at the age of 63 from lung cancer in 1995. Wütherich, after having several complicated surgeries on his hip and femur, went back to West Germany in 1957 with psychological and legal problems. He worked with the Porsche factory’s testing department and international rally and racing teams during the 1960s. Wütherich was one of the first employees of Porsche and worked for the factory eighteen years before being terminated. He died in July 1981, in Kupferzell, West Germany, in another auto accident when he lost control of his car and crashed into a residence. Like James Dean in the previous crash, Rolf Wütherich had to be extricated from the wreck and died at the accident scene. He was 53 years old.[Wikipedia]

That “Little Bastard” not only killed James Dean, but killed and maimed others who came in contact with it causing many to say that the damn thing was cursed. George Barris, who customized the 550 originally, bought the wrecked carcass of “Little Bastard” for $2500 and soon after it slipped off its trailer and broke a mechanics leg. Not long after Barris sold the engine and drivetrain to Troy McHenry and William Eschrid. While the two were both racing against one another in cars that had parts from the “Little Bastard,” McHenry lost control and hit a tree, killing him instantly and Eschrid was seriously injured when his car suddenly locked up and rolled over while going into a turn. Barris still had two tires from the 550 which were untouched in Dean’s accident. He sold them and not long after, both blew out simultaneously causing the new owner’s car to run off the road. Barris had kept the car in his possession sans the sold parts and it caught the attention of two would-be thieves. One of the thieves arms was torn open trying to steal the steering wheel while the other was injured trying to remove the bloodstained tartan seat.